I’ll always remember September 4, 2008, because that’s the night I thought I was going to die in a slag pit explosion.

There a two basic types of still mills. Mills that make steel from iron ore using a blast furnace and mills that recycle old steel and turn it into new steel. The mill where I worked did the latter. The furnaces that melt the steel are referred to as EAF (Electric Arc Furnace). Three very large electrodes are pumped with an ungodly amount of electrical current and the old steel is melted. Just to show you how powerful it really is, it only takes approximately 30 minutes to melt down enough scrap metal to produce 130 tons of 3000 degree liquid steel.

When melting down old scrap metal, a lot of impurities (items that are not steel) get melted along with the steel. These impurities are called slag. The slag is dumped into a slag pot then transported back to large pits dug into the ground. Each pit is dumped in for 12 hours, then allowed to sit and cool for 12 more hours (at this point the slag is solid, but still red hot) after which time it is dug by a loader operator (like me) in a Caterpillar 988G loader.

The most important thing to know about liquid steel is how it interacts with water. Water can sit on top of liquid steel with no problem, but if water gets under liquid steel it can cause a massive explosion.

As a result of the slagging process, there is always a small amount of steel that gets into a slag pot. If there’s a heavy rain, water will accumulate under the dry slag chunks used to create a “floor” in the slag pits. So it makes it hard to know if a slag pit is going to blow.

I love these explosions. There is nothing like hearing the loudest bang you could imagine and then seeing thousands of pieces of red hot slag fly across the night sky, however, these explosions can cause fires. Nothing is safe when the slag comes raining down. Not only is the fire a hazard, but the slag is hard like rocks, and when it’s flying toward your window there’s always the fear that it might come through it.

As a loader operator it didn’t take long to learn the importance of keeping a safe distance when a slag pot is being dumped. Not all slag pit explosions are the same. They can be large or small or propel the slag in all directions. I suffered a couple of cracked windows during those explosions.

At approximately 8:15 PM on September 4th, 2008, slag pit #3 went above and beyond my expectations. As always, I was keeping what I thought was a safe distance. I was parked near the west side of our debris pile. There had been a lot of rain recently, so I was ready for an explosion. The slag pot carrier operator began dumping the slag pot. For the first few seconds, everything was cool, then it happened.

Quite possibly the loudest slag pit explosion I have ever heard. Red hot slag filled the night sky, only this time it seemed like it was all heading straight for me.

Due to the large amount of water under the pit, and the amount of liquid slag running down the pit and into the water, by the time the pot carrier operator realized what was happening and stopped dumping, the pit exploded at least a dozen more times. It sounded like canon blasts at a symphony, a symphony of fire and brimstone straight from the bowels of hell itself.

I backed away as fast as I could (which was about 5 mph, heavy equipment does not move very fast, especially when backing up from a dead stop) while red hot slag chunks ranging in size from golf balls to bowling balls began to rain down on my loader.

As I backed away and watched the slag chunks come towards me, I started thinking: Is that one going to come through the window?! I think it might!

Fortunately, nothing came through the window, however the front windshield did suffer a couple of small cracks. Afterward, we checked our equipment and the surroundings. No significant damage and no fires. Things appeared to be alright.

Once I ventured back to the slag pit to see what was left of the area of impact, I discovered that the hole left in the pit was bigger than a person. It was so large, that I could have easily laid in the hole and not touched any of the surrounding area.

So, if you work around slag pits, remember that you can never be far enough away when a slag pot is being dumped, and that when slag explodes, it moves a lot faster than you can. Stay safe. 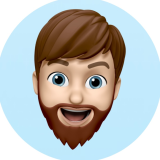